Did you know there is a National Czech & Slovak Museum and Library?

Founded in 1974 and located in Cedar Rapids, Iowa, their mission “is to inspire people from every background to connect to Czech and Slovak history and culture.”*

According to their website, “We are a museum that celebrates life. Czech life. Slovak life. American life. We are a museum that encourages self-discovery, a museum that asks what it means to be free. Through extraordinary exhibitions and experiences, we tell stories of freedom and identity, family and community, human rights and dignity. Our stories connect yesterday with today and tomorrow.”

Learn more about them at http://www.ncsml.org 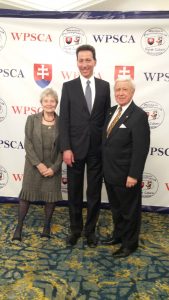 May 10th, US Ambassador to Slovakia Adam Sterling met with Slovak-Americans in Pittsburgh at a reception organized by FOS Chairman Joe Senko and his wife Albina. Ambassador Sterling gave an informative presentation on Slovakia and personally greeted the guests and took individual photos with them. The next evening, the FOS Board of Directors hosted a dinner for Ambassador Sterling in Washington, DC. The Ambassador briefed the FOS Board on his work in Slovakia and discussed cooperation on FOS projects including our FOS Slovak Scholars program. Thanks to contributions from our supporters, this FOS initiative has awarded grants to 44 outstanding Slovak students for a two-month study and internship program in Washington, DC.  Our five 2017 grantees will arrive in June.

Become involved at the ground level of an important new film project. This endeavor will  not only document the life of a Slovak Holocaust survivor in her own words, but also bring honor and recognition to the Catholic priest and ordinary Slovak citizens who risked their lives, in allegiance to an authority higher than that of the Nazi regime, to rescue one Jewish family. Friends of Slovakia has partnered with Next Film Productions in documenting this moving story of Klara Sever’s childhood and of the bravery of Slovak villagers who enabled her family to survive the Holocaust and prevail through WWII.

Preliminary filming for the epilogue of this docudrama has already begun in Slovakia. If you would like to contribute to the production of this important film, please send a check to Friends of Slovakia, P.O. Box 8033, Falls Church, VA 22041-9998 marked “film project” or contact Patricia Wood at: higherauthorityfilm@gmail.com

Pavol Demeš, host of the World Here & Now talk show and senior non-resident fellow with the German Marshal Fund of the US, interviewed the US Ambassador to Slovakia Adam Sterling.

Click below to read more about Ambassador Sterling, the interview, and World Here & Now:

If you are in the Washington DC area, come see The Teacher (Ucitelka), a dramatic comedy about a middle school teacher that manipulates her student’s parents into doing favors for her in exchange for previews of test questions and good grades for their children.
The Teacher (Ucitelka)
Directed by Jan Hrebejk
(Slovak Republic, 2016, 102 min.)
Read more about it on IMDB.
One-time show
Thursday April 13 at 5:15pm
The Avalon Theater
5612 Connecticut Ave. NW, Washington DC 20015
http://www.theavalon.org/films/the-teacher/ 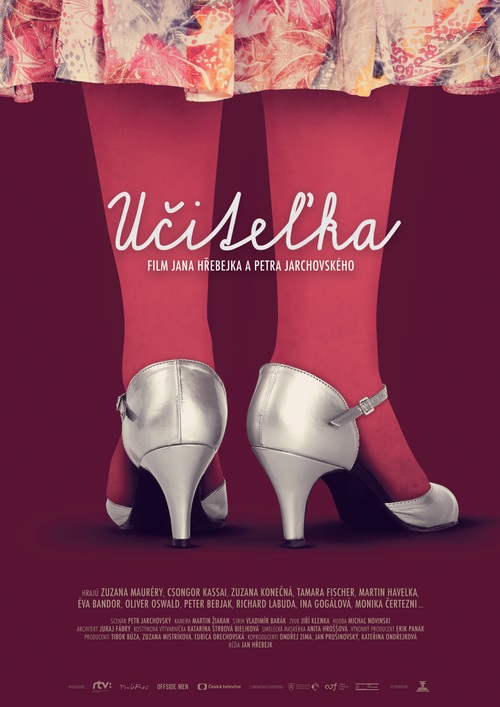 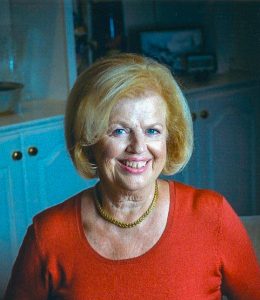 Friends of Slovakia is pleased to announce that Lillian McEnany has been elected to the FOS Board of Directors as Secretary.

Ms. McEnany is a resident of Vienna, VA and has been a member of Friends of Slovakia (FOS) and Slovak-American Society of Washington (SASW) for a number of years.  She is eager to bring her international experience and love of Slovakia to the FOS Board.

She was an independent human resources and administrative contractor for many years.  LMM Associates, her company, marketed benefits, compensation and training.  As a Human Resources Consultant, she has worked with Boeing Information Services, Cable & Wireless Inc., General Dynamics and was Manager of Human Resources with IBTCI.  IBTCI is an international company who had contracts in Slovakia.

Her work at IBTCI prompted her to re-establish family ties with relatives in Slovakia.  Ms. McEnany’s Grandparents, Anna Petrash from Hrnciarovce and Ambroz Krizan from Pavlice immigrated to the United States circa 1905.  She became reacquainted with her relatives making several trips to Slovakia with her mother and daughter, Kathleen.  Her daughter, Kathleen, is married to Daniel Markus whose parents left Slovakia in 1968.  His mother has recently returned to Bratislava.

Ms. McEnany has a MA in Human Resources Management from Marymount University and a BBA in Business Administration from Austin Peay University.  She is a member of the Society of HR Management (SHRM), attained a Graduate Certificate in Instructional Design, and is a Certified Personal Trainer. 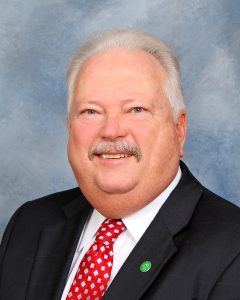 Friends of Slovakia is pleased to announce that David Blazek has been elected to the FOS Board of Directors.  Dave brings a wealth of experience from his outstanding work with the National Slovak Society and his volunteer efforts at other Slovak organizations and boards.

Dave was born in 1950, the first son of Dusan and Jean Blazek, and grew up in the South Hills of Pittsburgh. He is married to the former Frances Riepole, and they have five children and eight grandchildren.

After graduation from Baldwin High School, Dave attended the University of Pittsburgh where his major was education. He then served four years in the U.S. Navy as a Chinese Linguist and upon discharge, Dave joined his father and brother in the printing business where Dave worked for 20 years before accepting the position of President/CEO of the National Slovak Society in 1993. Serving as CEO of Slavia Printing Company gave him the personnel and business experience that is necessary to manage the operations of the NSS on a day to day basis, with a vision of the future. Prior to becoming President, Dave had served the NSS as a Board Director from 1986 to 1990, and as Vice President from 1990-1993 at which time he took over as President.

Dave has served his church as both Trustee and Deacon, and has been involved in youth baseball, soccer, basketball and football, both as a coach, and on various boards. He has been involved fraternally on the local level serving the Fraternal Societies of Greater Pittsburgh on various committees and officer positions culminating with the Presidency in 2003. Dave was honored by the FSGP in 2007 by being named Fraternalist of the Year. He has served both the Pennsylvania and New Jersey Fraternal Congresses, working his way through the chairs and serving as President of both organizations. He was honored by the Pennsylvania Congress to be chosen as the recipient of the John Jordan Upchurch Award in 2002. In addition, he has also served as President of the President’s Section, and President of the State Fraternal Congress Section of the American Fraternal Alliance, as well as President of the Western PA Slovak Cultural Society. Dave was honored by receiving the Friends of Slovakia Medal Of Honor at the Consular Testimonial Awards Dinner presented by the Western Pennsylvania Slovak Cultural Association.

Dave’s interests include visiting his grandchildren as much as he can, traveling for vacation, sports with golf being his favorite participation sport and volunteering when the opportunity arises. 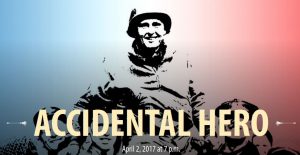 Friends of Slovakia has been offered an opportunity by the American Friends of the Czech Republic to provide you with two free tickets to a performance of The Accidental Hero at the famous Ford’s Theater in Washington, DC on Sunday, April 2nd at 7pm.   This is a moving story focusing on one American’s experience as part of the US Army’s liberation of Czechoslovak territory in 1945. If you would like to take advantage of this opportunity, please reserve your tickets on line. Thank you for being a loyal supporter of Friends of Slovakia.