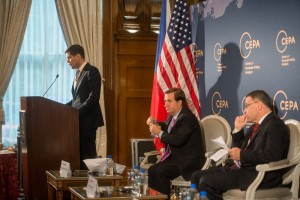 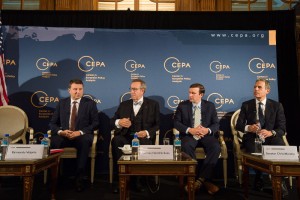 Major themes of the Forum included the threats to transatlantic security emanating from Russian aggression in Ukraine, massive Russian use of traditional and social media to spread disinformation and efforts to split the NATO alliance, coping with the flood of refugees from the Middle East and the Balkans, empowering European energy diversification and preparing for the Warsaw NATO Summit in July 2016.

The CEPA Forum program is available on the www.cepa.org website.