Zbigniew Brzezinski, Distinguished Foreign Policy Figure, Dies at 89: The Third Member of FOS’ Board of Advisors to Pass in Early 2017 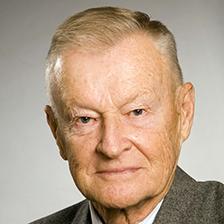 Friends of Slovakia was saddened to learn of the passing of Dr. Zbigniew Brzezinski, on May 26 at the age of 89. During his career, Dr. Brzezinski achieved great distinction as National Security Advisor in the Carter Administration and as a distinguished foreign policy intellectual and strategist. The Polish-born Brzezinski played significant roles in many foreign policy issues and actions, including battling Communist oppression in his native Poland and Eastern Europe generally, and in integrating the doctrine of human rights into the practice of foreign policy.  He also graciously agreed to join the FOS Board of Advisors at its inception to lend support to Slovakia’s ambitions of integration with Western institutions.  A giant in the field of foreign policy, Dr. Brzezinski, will be remembered for his razor-sharp intellect and wit, and will be greatly missed on the world stage.  Among the obituaries published upon his passing are the following:

Earlier this year saw the passing of two major Slovak-American figures, who also were members of the Friends of Slovakia Board of Advisors, astronaut Eugene Cernan and social philosopher Michael Novak.  Both were nationally and internationally known and recognized for their accomplishments. 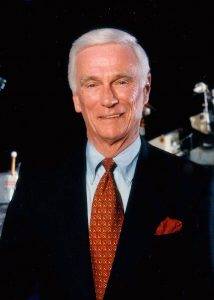 Eugene Cernan was a Navy test pilot who went on to become a NASA astronaut and achieved enduring fame as the last person to walk on the moon, as part of the Apollo 17 mission in December 1972.  He began his career as an astronaut in 1963 after obtaining an electrical engineering degree from Purdue University in 1956, and a master’s degree in aeronautical engineering in 1963, from the Naval Postgraduate School.  He participated in a Gemini space program mission, during which he performed space walks and became the youngest American in space at the age of 32.  He then participated in the Apollo 10 mission, which did the preparatory work for the Apollo 11 mission that landed Neil Armstrong and Buzz Aldrin on the moon in 1969. After several other Apollo missions landed astronauts on the moon, Cernan was on Apollo 17, which was the last to do so in 1972.  After retiring from the Navy and NASA in 1976, Cernan continued his career in the private sector and continued to promote the value of continuing space exploration.

Cernan was born in Chicago, on March 14, 1934, the son of Rose (Cihlar) and Andrew Cernan.  His father was of Slovak descent and his mother was of Czech descent.  In addition to the FOS Board of Advisors, Cernan also served on the Board of Advisors of the American Friends of the Czech Republic.  He passed away on January 16, at the age of 82. 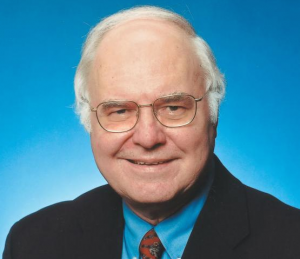 Michael Novak was a Roman Catholic social philosopher who became particularly recognized for developing the intellectual argument that on moral and ethical grounds, free-market capitalism represented a superior social system.  His arguments emerged in the 1980s as Western democracies battled the Communist powers, and saw validation as the Soviet Union collapsed at the end of that decade.  He passed away on February 17 in Washington, at the age of 83.

Novak, a former Catholic seminarian, began his career as an important thinker on the political left.  He opposed the Vietnam War and touted reforms in the Catholic Church.  However, as his thinking evolved, he came to question many of the positions of the left and turned his writings to exploring the moral argument for the capitalist system in comparison with socialism.  In 1982, he wrote a highly successful book, The Spirit of Democratic Capitalism, where he argued for the moral superiority of capitalism as a social system based on liberty, individual worth, and Judeo-Christian principles.  He developed his ideas further in several other works, and gained recognition among free-market devotees and conservative politicians, such as Ronald Reagan and Margaret Thatcher, as well as among eastern European figures such as Lech Walesa in Poland and Václav Havel in Czechoslovakia.  Over his lifetime, his writings ranged over a variety of topics, and in 1994, he was awarded the Templeton Prize for Progress in Religion, which is a highly prestigious award in the field of theology.

Michael Novak was born September 9, 1933, in Johnstown, PA, the grandson of Slovak immigrants. He grew up in Indiana, PA, and McKeesport, PA.  He attended Notre Dame University and received bachelor’s degrees from Stonehill College in Massachusetts and Gregorian University in Rome.  Novak also attended Catholic University in Washington, DC, for a period of time.  He went on to receive a master’s degree from Harvard, and then held several academic positions.  Mr. Novak was always proud of his Slovak-American heritage and was well known to the Washington-area community, as he spent the latter part of his career as a scholar at the American Enterprise Institute.  In 2000, he delivered the inaugural Annual Czech and Slovak Freedom Lecture at the Woodrow Wilson Center for International Scholars in Washington.