Ambassador Kmec and Friends of Slovakia hosted a farewell reception for the four 2016 FOS Slovak Scholars at the Slovak Embassy on July 22. The FOS Scholars are finishing up their two month studies organized by The Fund for American Studies (TFAS) at George Mason University and their internships with local organizations. Pictured from left to right are Barbara Skoloutova, a graduate student of journalism and a junior reporter for Slovak Public Radio & TV, Lenka Slezakova whose field is international strategic management and energy policy, Ivana Kohutiarova, a graduate student in finance, and Martin Homola, who is working on a graduate degree in business economics. 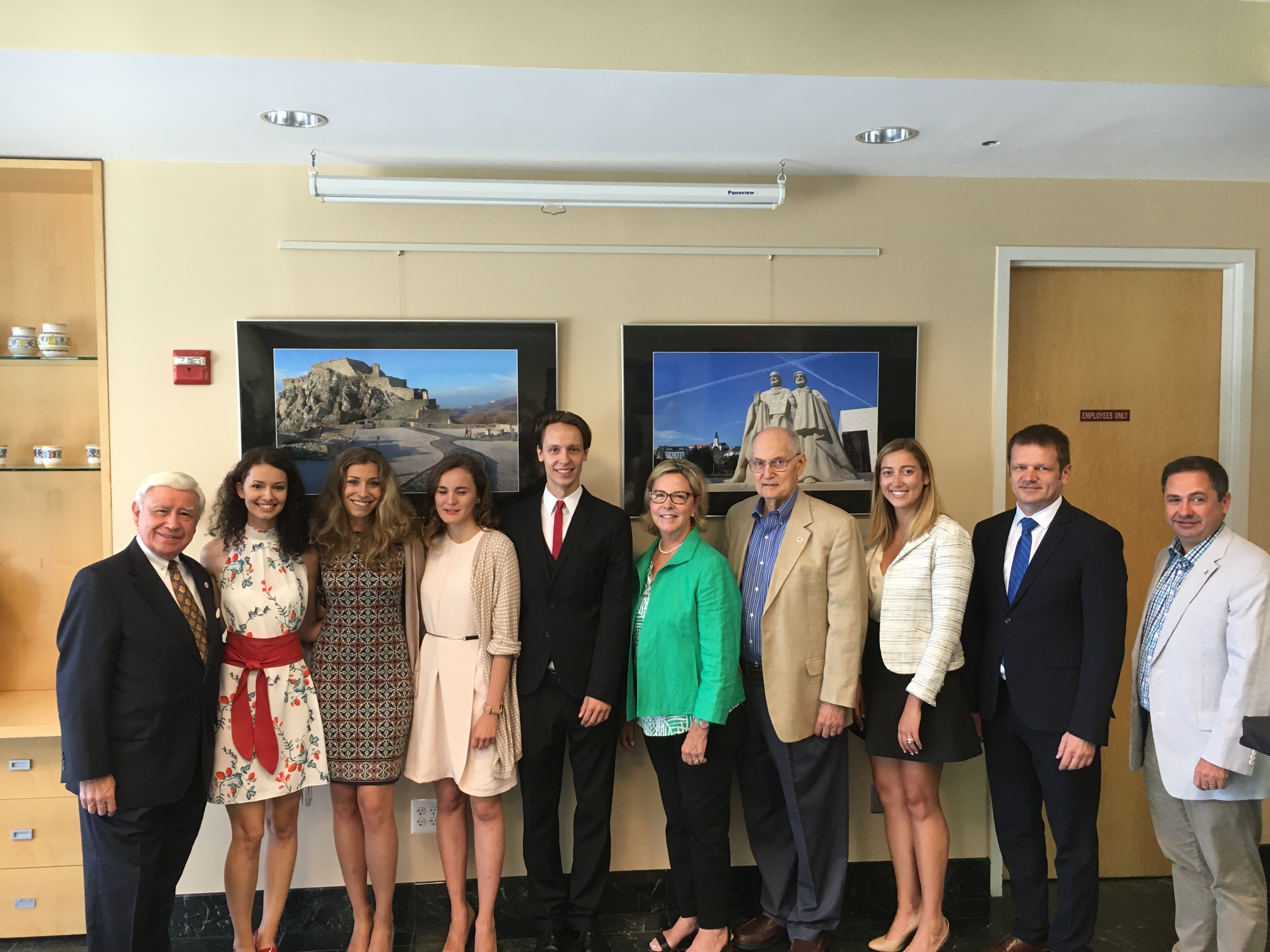