The Slovak American Society of Washington, D.C.
and
Friends of Slovakia present:

“The American Formation of Czecho-Slovakia: the Cleveland Agreement and the Pittsburgh Pact”
by Prof. Gregory C. Ference, Salisbury University 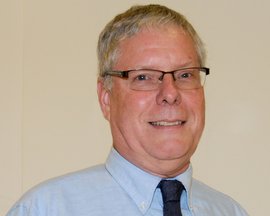 Gregory C. Ference is a professor of history at Salisbury University in Maryland. He received his BA in history, with a certificate in Russian and East European Studies, from the University of Pittsburgh. He holds an MLS, an MA, and a PhD in East European History from Indiana University in Bloomington, concentrating on Czechoslovakia, its predecessor, and successor states. While at Indiana, he was the assistant Slavic bibliographer, and currently, is the secretary-treasurer of the Czechoslovak Studies Association.

Admission is free, but RSVP is required, by 11 pm, Wednesday, September 26th, to rsvp@dcslovaks.org
With the outbreak of war in 1914, American Slovaks started looking for alternatives to remaining in Austria-Hungary.  They eventually settled on an independent Czecho-Slovakia, but were afraid of assimilation by the larger Czech population in such a state.  In October 1915, representatives of American Czechs and Slovaks met in Cleveland in order to end such fears and adopted an accord that called for Slovak autonomy in a joint republic.  Yet, concerns remained. In May 1918, Tomáš G. Masaryk, the leader of the Czecho-Slovak liberation effort visited Pittsburgh. The American Slovaks wanted him to sign the Cleveland Agreement to allay their apprehensions about the joint union.  Masaryk, however, believed it out of date and then wrote, to replace it, what became known as the Pittsburgh Pact. Although the leaders of the American Czechs and Slovaks enthusiastically endorsed the agreement, it soon caused much discord in the new Czechoslovakia.